The first of hopefully many.

It’s natural for this to come about, a “Person of the Audiophile Year” is here. The high-fidelity world is to love, to play, to learn and to give. We are also small enough to know each other. Most of us talk extensively at shows, and continuously afterwards. We get to know each other also through generous and gracious introductions, the way how businesses grow in sectors that people are more important than sales alone.

So amongst many remarkable personalities, what singularizes this Person of the Audiophile Year?

This acknowledgment is nothing more than a thank you. Thank you for going against the grain, thank you for doing it your way, despite the problems that this might bring to yourself. Thank you for fighting for music to be as good as it can be. Thank you for thinking of the people in this microcosm first. Thank you for taking everything into perspective, and not just the bottom number. So many Thankyous, but none as important as the Thank-you for being there for so many people. As with all businesses, high-end sound industry comes with its issues and its people, which in turn have their own challenges!

We distinguish this Person for giving us the mature, honest, direct, and at times, courageous help. By being friendly, reliable, and has a persona which is stable with virtues that follow him wherever he goes.

Lastly, the Person of the year in this high-end audio crowd, MUST be someone we can trust knowing that the music is above all companies. If something is amiss, he will and must say it, ego aside, we have to be subjective, to what is good and what is not.

That Person, for the reasons mentioned above is no other than:

Frank started playing music at the age of 12, in a local fanfare in the North of Antwerp. At the age of 18 he participated at the European Youth festival for music in Munich, together with hundreds of other young musicians. Today he still plays TUBA at concert band de Scheldezonen.

After his chemistry studies in Antwerp he started working for BASF Antwerp, and in the meantime went back to evening school to study marketing & sales. In his free time he helped out at an Antwerp Audio Store called HiFi Corner.

Nearly 20 years ago he quit the chemical industry and followed his hearth, joining a BeNeLux Distributor with brands like Jadis, Dunlavy, Rotel, Cardas…When the B&W Netherlands affiliate was formed he joined the Rotel – Classé – B&W group and learned a lot about international distribution and setting up a strong dealer network.

While he followed his hearth to California when he was European Sales director for AudioQuest, their ways split and he got in touch with Synergistic Research. There he contributed to the growth of the company as EU Sales manager and managed their offices for about a year.

When he returned to Europe he started Very Fine Solutions, a company dedicated to bring people together and distribute excellent audio products. Together with a network of friends and passionate music lovers in Europe he helped to build the SR and MSB brands and supports their distributors.

His motto: MUSIC UNITES, and A GOOD AUDIO SYSTEM CONTRIBUTES TO THE QUALITY OF LIFE. Passion and love for music are key to bring the experience of music to people trough musical audio products. Frank doesn’t need a big ego to do his job, he helps people whenever he can and loves to make people happy when they hear a music coming to life on a system that’s been set up by him.

Rachmaninov 2nd Piano concerto (played by Askenazy),
Roger Waters Into the flesh live album,
From Abba to Zappa and lots of different styles in between.

Early Baroque music for a Sunday morning and later on Anouar Brahem for a lazy afternoon with a glass of wine and …Rammstein while driving on any empty highway… ?

His Dream: Contributing to the health of people by setting up boundless audio systems in elderly homes. He needs people to get moved by music, by feeling the artists close to them. Firstly bringing joy to these people and to fire up their brain activity so they stay healthier in mind and body.

Votes taken by Personal Interview with audiophile reviewers, companies, colleagues. Twenty in total were received by Frank, runner up received 5. Open list and any possibility for any name to be included. There are no names mentioned before or after the interview (of subject been asked). No mention of score (to anyone) was given until these words are read online. Sample of 50 people were used.

I have met Frank, once, in person. 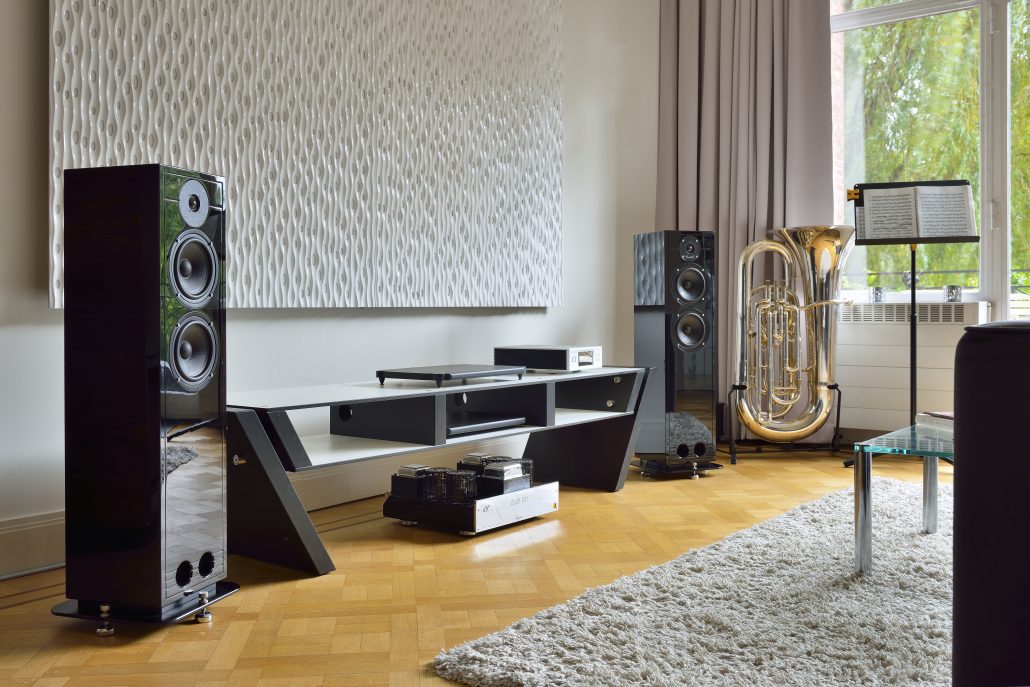 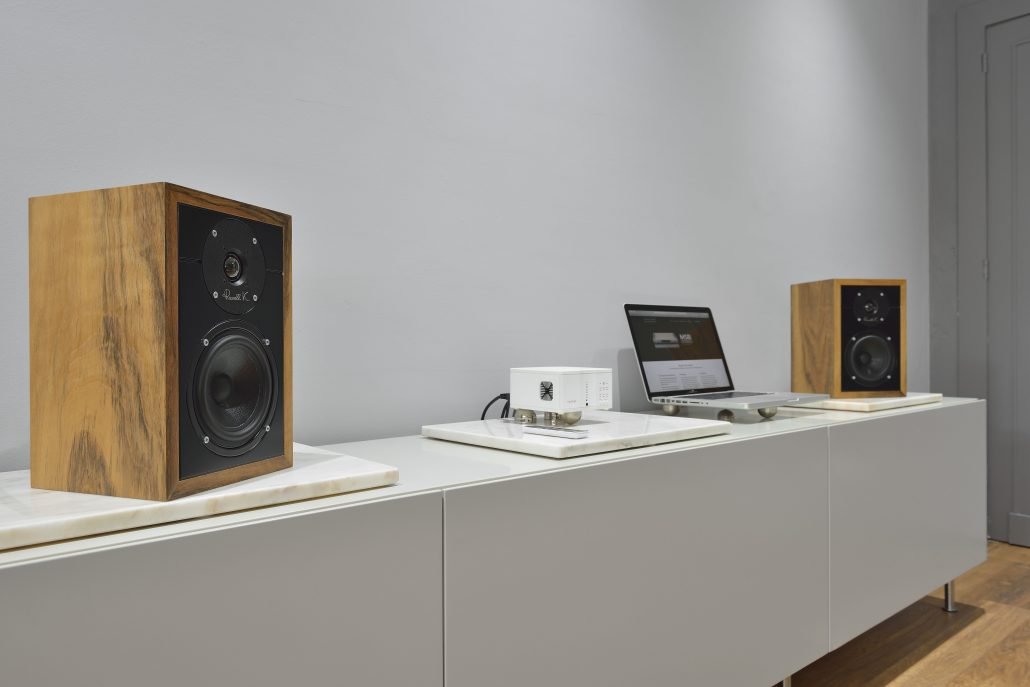 At the 2017 Munich High End show, MSB presented the new album of Lyn Stanley: “Moonlight Sessions” in their demonstration room.

Lyn Stanley is a magnificent artist, who creates high quality records. She also produces and works with artists to create arrangements and so on. She gave me the opportunity to present her new album “Moonlight Sessions”, being a member of her Lyn Stanley Society.

Music was always part of Stanley’s life.  She chooses her songs experientially, and this allows her to truly understand and translate the meaning of the song. She brings them from her heart.

When she sought out the late pianist Paul Smith (RIP), and asked for a hearing.  Vocal coach Annette Warren Smith, describes their reaction:  “We couldn’t get over how good she was.  She knew she was a great dancer but she didn’t know how good she was as a singer.” 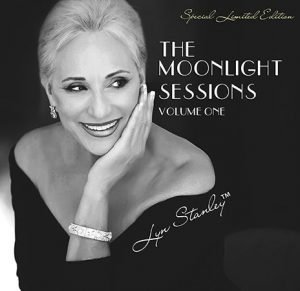 Her first album Lost in Romance (2013) followed by Potions in 2014 and Interludes are all truly musical diamonds, offering a very musical experience.

With world renowned musicians and the best sound engineers she puts in all the efforts to create albums that stand out…And Oh boy yes that was an experience.

Lyn presented her last project: The Moonlight Sessions-Volumes One and Two. in the MSB room

She presented the album that just was released and played some tracks of the Volume 2 album that will be released later this year. She explained how the songs and arrangements developed during the preparations and recording process. A very interesting insight in what it takes to produce and make a high quality album.

The MSB system, used to play her SACD, used the MSB Signature UMT, the Reference DAC, M204 Mono amplifiers and the Tidal Piano G2 Loudspeaker with the diamond tweeter.

While Lyn sang along her album, playing over this system, several of the people in the audience, pointed out they got chills. People watching the live stream on facebook, were amazed. Her well trained voice, live in the room, singing and talking also learned a lot to some fellow music lovers. Sometimes siblings are a real thing and if the musician in person has a little of that. The system should reproduce that properly. A true experience of musical pleasure and professionalism.

We at Very Fine Solutions are proud we work with such amazing equipment. We support artists to bring out the best of themselves, helping them to grow their audience. Our customers can benefit from the sound and enjoy music…because that is our goal. To contribute to the quality of life by great audio systems.

We’re more than happy to share this experience with you… have a look at this video we made… of Lyn’s performance and the MSB room. The songs selected in the video are from  The Moonlight Sessions Volume Two- scheduled to be released October 1, 2017.

If you would like to discover more about MSB and the system used, check out our veryfinesolutions facebook page or check out MSB here: MSB Technology

I believe listening to music trough a High-End audio system is comforting. It has the ability to transport you and your emotions, to a place where you come back to yourself, relax and enjoy the moment. That precious moment for yourself. These moments are moments where you also connect to the important people close to you.

I believe listening to music trough a High-End audio system is comforting. It has the ability to transport you and your emotions, to a place where you come back to yourself, relax and enjoy the moment. That precious moment for yourself. These moments are moments where you also connect to the important people close to you.

Love what you do, be passionate and live your life fully. We do hear this often, but are you living it? Music was my first love, and it ‘ll be my last…. This great song from John Miles says it all, and I am quite sure it is one of the main reasons you are part of the audio industry.

Shrijf u in op onze nieuwsbrief

No images available at the moment